This post starts a series of weekly progress reports in development of Fyrox Game Engine. Fyrox is a Rust game engine with lots of out-of-box game-ready features and a full-featured editor. This progress report is a bit special, because it will cover everything that happened in the engine from the previous major release (opens new window) which happened almost 4 weeks ago. You can consider this post as a monthly progress report if you like. The list of changes is quite big, so let's get started. 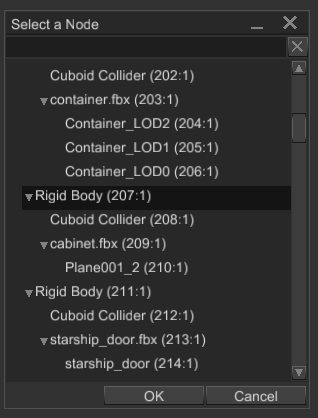 Node selector helps you to select a node in scene, it could be a node for Handle<Node> fields in your script, or a node for some further actions (see below). You can find a node by its name, confirm or cancel selection via respective buttons. 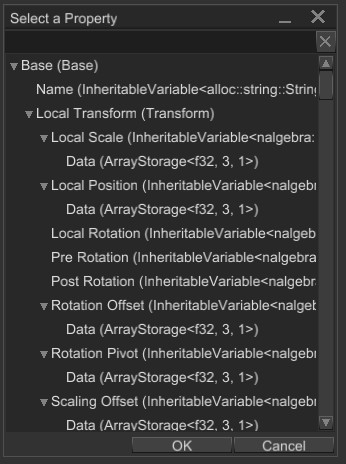 For a long time, animation system in the engine was capable to animate only position, rotation, and scale of scene nodes. Now its changed - you can animate pretty much any numeric property using a functional curve to describe complex laws of change for the property. Such functionality is done via reflection. To be efficient, the engine uses special bindings for position, rotation, and scale.

As part of the animation system improvements, new Animation asset was added. It contains list of tracks that are bound to some properties of a specific set of scene nodes.

The animation system will be improved/changed some more to work seamlessly with the new animation editor (see below). 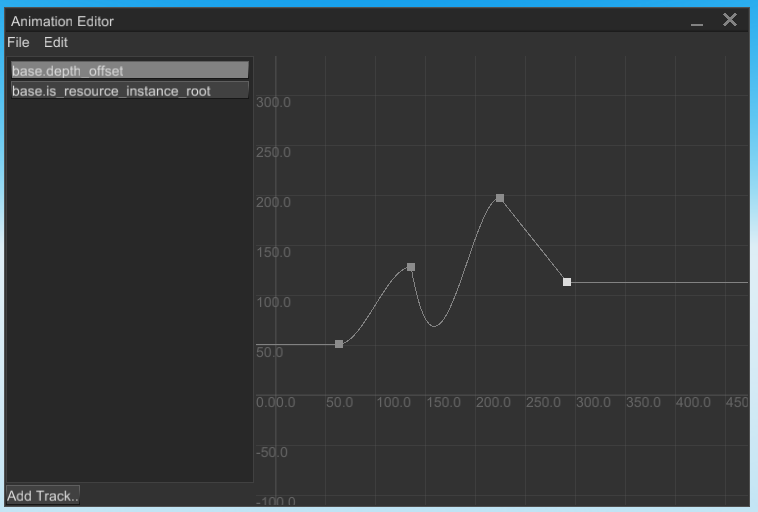 Fyrox 0.29 will have its own animation editor, that will help you to animate arbitrary numeric properties of scene nodes, including data in scripts. The screenshot above shows its current state, it is far from completion, but it already has basic functionality. On the left side there is a list of tracks, each track represents animation of a single property (it could position, rotation, scale or any arbitrary numeric property). On the right side there is a curve editor that shows how the value change over time. 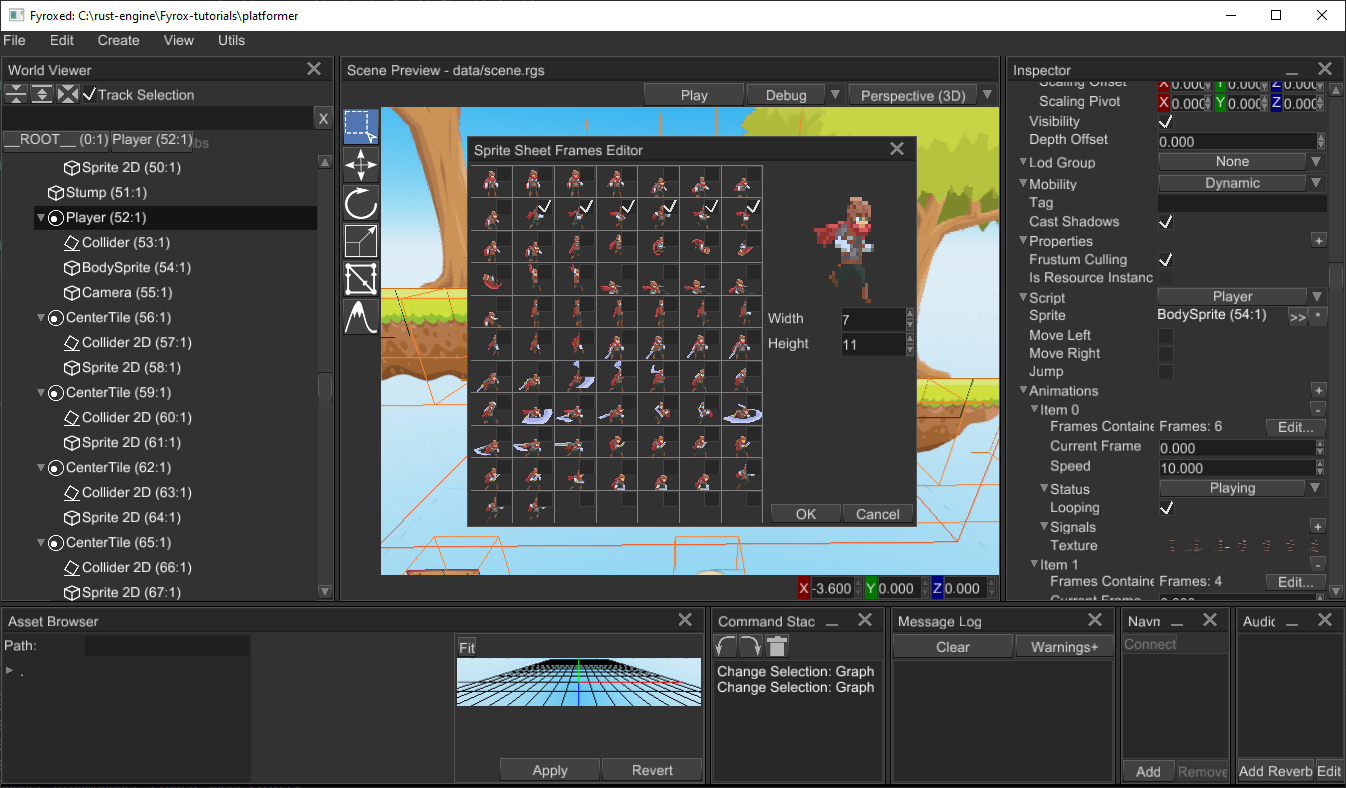 Sprite sheet editor should help you to select desired frames for animation based on a series of frames, packed into a single texture. Such animations are used in many 2D games, they're very cheap and quite easy to create. 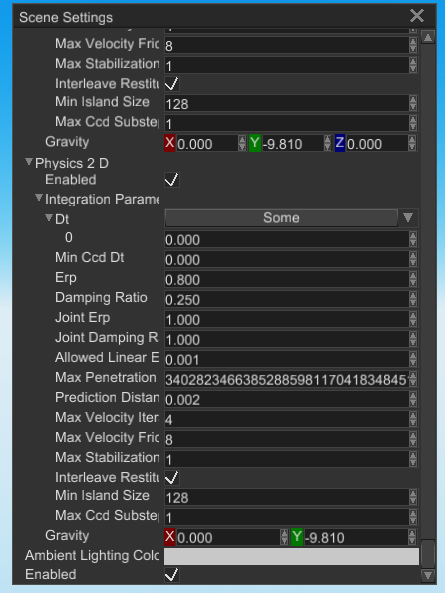 It is now possible to edit scene settings, which includes physics (2D and 3D) integration parameters, ambient lighting color, whether the scene is enabled or not and some more. 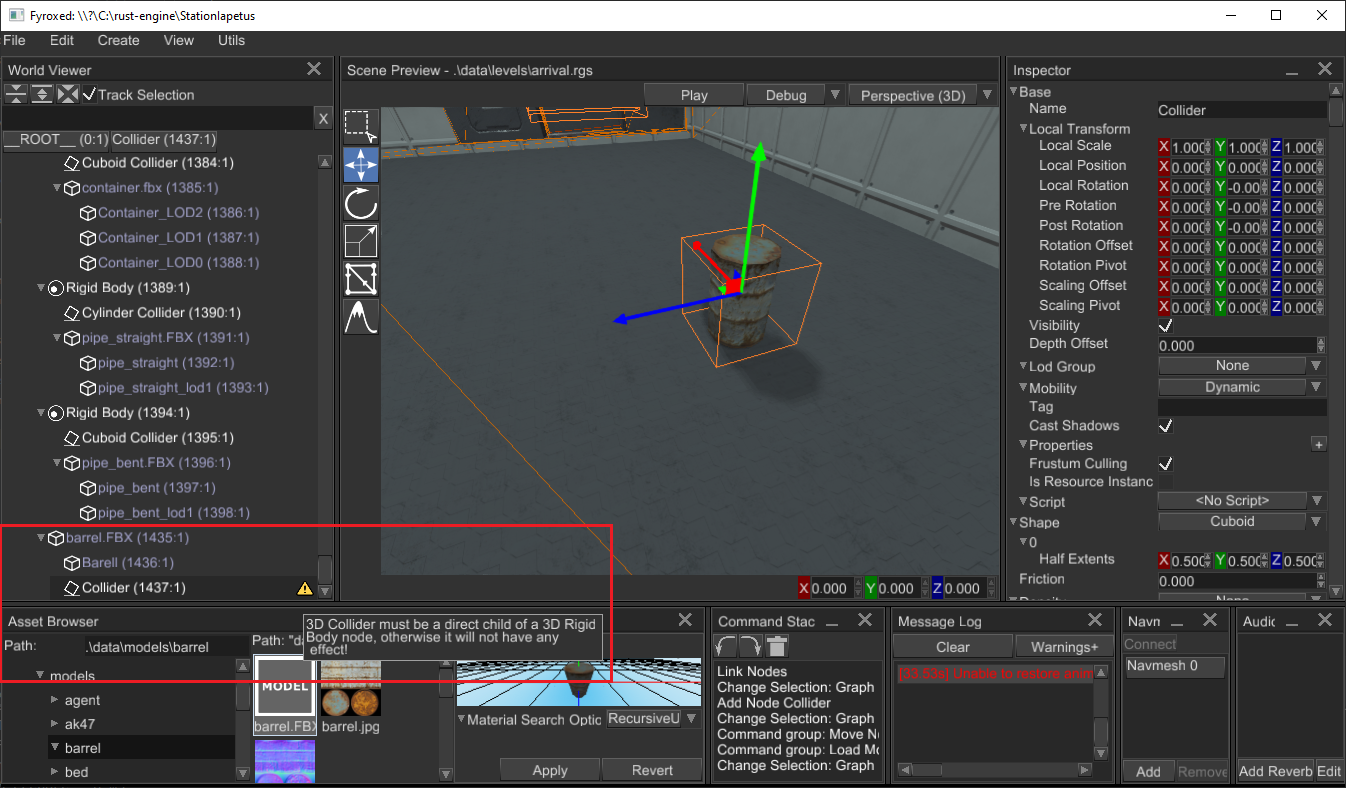 The engine now validates scene nodes for invalid uses, it checks for most common mistakes, like:

The list of check will be improved in the future, currently it should help you to use the engine is a correct way.

Inspect trait's functionality was merged into Reflect trait, it is now possible to query fields metadata while iterating over its fields:

The book has some improvements as well - the main one is a chapter about camera picking (opens new window) (a way to select an object by mouse in a scene).